Private full-day tour to Agra and Fatehpur Sikri, from Jaipur. Visit the Taj Majal and Agra Fort with an art historian guide. Have time to explore the palace complex in Fatehpur Sikri on the way back to Jaipur.

Agra is a major tourist destination because of its many Mughal-era buildings, most notably the Tāj Mahal, Agra Fort and Fatehpūr Sikrī, all three of which are UNESCO World Heritage Sites.

Agra is a city in northern India's Uttar Pradesh state. It's home to the iconic Taj Mahal, a mausoleum built for the Mughal ruler Shah Jahan’s wife, Mumtaz Mahal (who died in childbirth in 1631). The imposing main building features a massive dome and intricately carved white marble inlaid with precious stones. This is set behind a reflecting pool inside a courtyard defined by 4 minarets.

After Breakfast In the morning (as per your given time) The driver will receive you and heading towards to Agra. The driving time is only 4.5 hours from Jaipur, and the distance is about 250 km, so it's a relaxing drive.

Upon Arrival at Agra, heading towards the magical allure of The Taj Mahal Won't say much about it as words can't justify its beauty, you've got to see it for yourself. After seeing the beauty of Taj Mahal, driver will take you to visit the other spectacular place of Agra. Drive to Agra Fort (Red Fort)

Agra Fort: - Spread over a sprawling 94 acres, this massive red sandstone fort lies parallel to the Yamuna River and situated 2 kilometers northwest of the Taj Mahal. The Agra Fort (Red Fort) was originally occupied by Sikarwar Rajputs and was later captured by Lodi rulers of Delhi. In 1526, after the Lodi's were defeated in the Battle of Panipat, the victor Emperor Babur took over the fort. After losing the fort briefly to the Suri rulers, it was eventually reclaimed by Akbar who made Agra his capital.

After visiting Agra fort you can have your lunch as per your choice of restaurant. We'll surely suggest you where to eat if you want, (Otherwise Proceed for Other Places of Interest) and then will transferred towards to Jaipur on the way to Jaipur stop → Driver will visit you "Fatehpur Sikri": which was declared a UNESCO World Heritage Site in 1986…..! After that proceed to move you back to Jaipur and with lots of good memories of the tour driver will drop off you at your designated place in Jaipur. 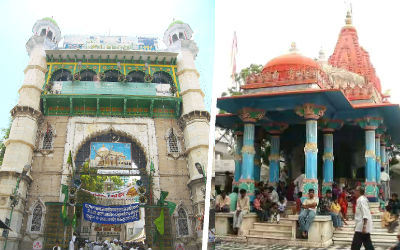 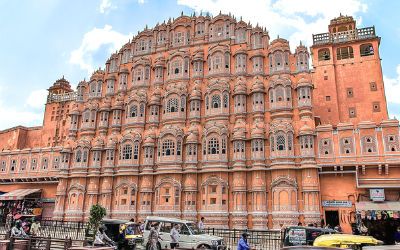 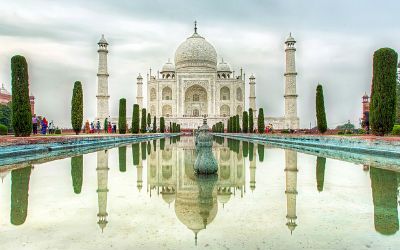