The first batch of Demoiselle Cranes, the smallest crane species, landed in Khichan, 150 kilometres from Jodhpur, on October 3. By the end of the month the number of these visitors is expected to swell to 30,000 or so. While flying over the Himalayan ranges, they reach a height of 26,000 feet. It is now known that they fly up to 200 miles or 321 kilometres every day.
Although said to have been named ‘Damsel’ by the infamous French queen Marie Antoinette, the birds are by no means fragile. They survive a harsh migration, flying some 6000 kilometres to Khichan on the Thar desert from Mongolia and China. How they find their way, year after year, without any GPS system is one of nature’s mysteries. During the migration they risk getting shot and die when they come in contact with high tension wire.

“We all love these winged ambassadors and are grateful they chose our village to nest for the next couple of months. It’s beyond our comprehension how these beautiful birds spot the village from the sky while flying at a great height. But we rejoice and look forward to their annual visit,” says Sewaram Parihar.

Members of the affluent Jain community in Khichan, mostly traders and who live scattered in Indian cities, collect money to feed the birds. The Kuraj Sanrakshan Vikas Sansthan ( the cranes are called Kuraj or Kurja in Rajasthan), established for the protection and preservation of the cranes at Khichan makes the arrangements. The peak daily consumption of grains by the birds go up as high as 5000 Kg, informs Prakash Jain.

In the seventies when local dogs started preying on the cranes, Ratan Lal Maloo asked the panchayat to allot him some land on the outskirts of the village. Other villagers joined him in building a chugga ghar (” bird feeding home)”, with a granary and a fence. But new settlements in and around the village have shrunk the feeding area.

While in the village, the birds follow the same routine. After breakfast they fly away in small formations. Curiously the formations have a female at front, followed by sub-adults while the rear is brought up by the male of the species. Around Noon they descend around water bodies to drink.
Occasionally a few decide to take a bath. They snooze while a few engage in courtship in short, acrobatic dancing steps. But almost like clockwork around 3 pm the flock takes wings and return.

Demoiselle cranes can also be spotted at the Tal Chhapar Wildlife Sanctuary near Churuas wellas at the Little Rann of Kutch in Gujarat. 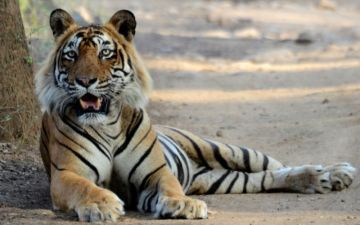 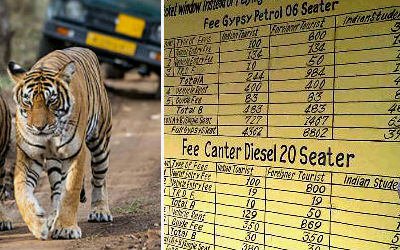 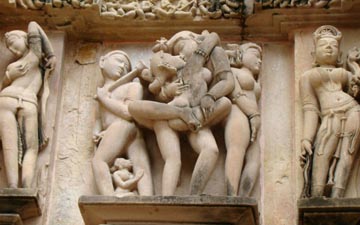