Shuklaphanta Wildlife Reserve is Nepal's best-known and most accessible Wildlife Reserve is a denizen of the largest drove of swamp deers in whole Asia plus Royal Bengal Tiger, beer, boar, rhinos and many species of birds. Cultural Safari Tours offers you a visit to the Shuklaphanta Wildlife Reserve. During this tour you will have an elephant ride from where you can enjoy the wild animals Bengal tiger, rhino, leopard, sloth bear and swamp deer. You will also enjoy bird-watching as there are as many as 423 bird species of birds such as such as Bengal floricans, Indian Grassbird, Swamp Francolin, chestnut-capped babbler, jerdons bushchat and Jerdons babbler, etc). Jungle walk, jungle drive wild animals tracking.

Shuklaphanta Wildlife Reserve was a hunting ground for the Royals during 1960's .It is therefore known was Royal Shuklaphanta Wildlife Reserve and it is located in Far Western Nepal near the border of India, very close to Courbet National Park. The reserve is one of the richest wildlife reserves in Asia due to its pristine sub-tropical environment. The open grasslands and numerous waterholes of the park extend into a vast expanse plain grassland and Sal forest, while marsh vegetation is found along rivers and lakes. Until recently it is a royal hunting reserve. The park is relatively remote and unexplored. In its 305 sq. km area it has Royal Bengal Tiger, deer, 478 varieties of birds and, one of the rare and largest known Asian elephant, spotted deer, barking deer, hog deer, monkeys, crocodiles, birds, cobra, python and many more.

Early morning in start for full day safari in Shuklaphanta with Pack lunch. Spend full day in the park. Later back to hotel. Overnight in hotel at Mahendranagar in Nepal.

Early morning in start for Second full day safari in Shuklaphanta with Pack lunch. Spend full day in the park. Later back to hotel. Overnight in hotel at Mahendranagar in Nepal.


Day 04: Drive back to Kathgodam/Barelly/ Lucknow

After breakfast start driving to go back to home for Kathgodam/Barelly/ Lucknow.
End of the tour.


Package Does Not Includes: 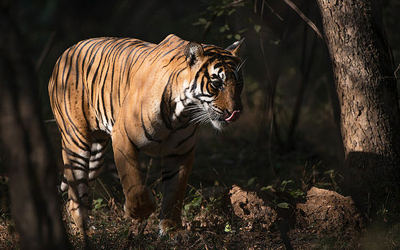 One Night Ranthambore Tour with Drop at Agra 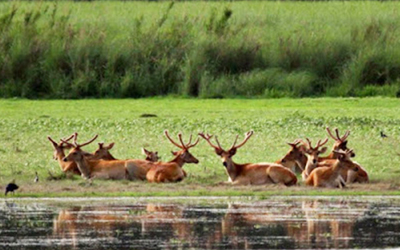 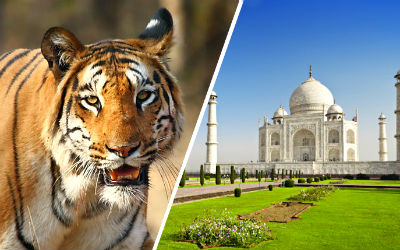 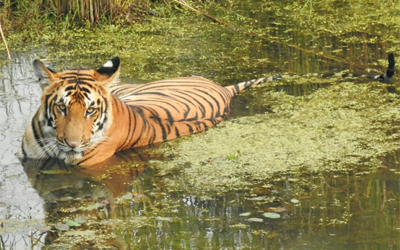